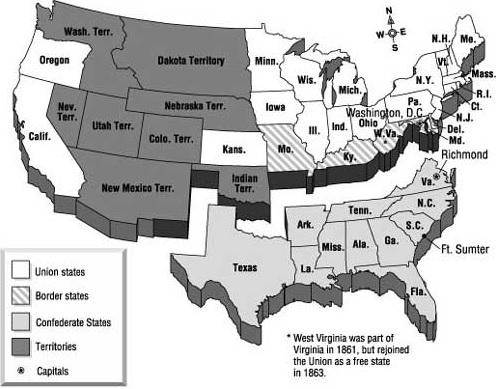 The announcement of Lincoln’s election as president on November 6, 1860 was the final injury against the South. South Carolina called for a state convention on December 6. Georgia had its own convention on the 14th and all other slave states were also considering leaving the Union. The newly formed Republican Party had not set a policy over how to deal with the crisis. Even in the three months after his election, Lincoln had not issued any public statements or gave addresses to the public over how to deal with the crisis. 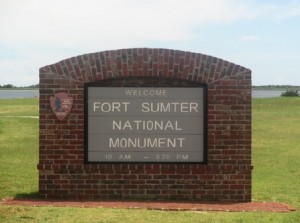 In the past the south had threatened to secede in order to obtain concessions but Lincoln considered them as empty threats, therefore he could not concede or risk weakening his position. The first state to announce its separation from the Union was South Carolina on December 20th, and by the end of January Florida, Mississippi, Alabama, Georgia and Louisiana had also seceded and Texas was the next to follow. Representatives of the 7 southern states met in Montgomery, Alabama to create The Confederate States of America. 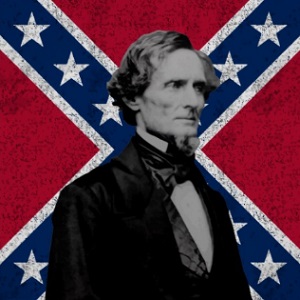 Jefferson Davis, born on June 3, 1808 was the President of the Confederate States of America.

In December, Union Major Robert Anderson transferred his troops from the shorelines in Charleston to Fort Sumter. His troop of 200 was attacked by South Carolina’s troops forcing them to retreat. Lincoln’s commitment to maintaining the Union was absolute.

On February 18 Jefferson Davis was elected Provisional President of the Confederation and Alexander H. Stephens as Vice-President. On the same day the United States government surrendered all military posts in Texas but Lincoln responded by making it clear that he intended to keep the Union as it was, indestructible under law; secession was illegal and he intended to enforce the law.