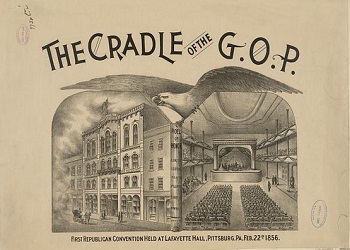 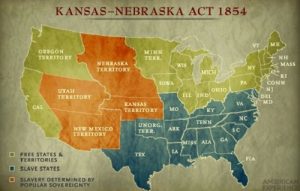 A year after the Kansas-Nebraska Act the Whig party had almost disappeared. With no clear distinction between the major political parties many members of the Whigs began to look for other associations more compatible with their beliefs. There was a need to organize anti Kansas-Nebraska supporters and this new party attracted Whigs, radical antislavery supporters, Free Soilers, foreign born citizens and Know Nothings. Initially organized in the Northern states in 1854, it expanded and attracted mainly opponents of the Kansas-Nebraska Act . 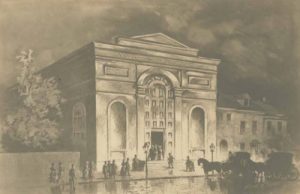 The Republican Party had its first national convention in Philadelphia from June 17 to 19, 1856. The party nominated their first presidential candidate, John Fremont, who was known as “Pathmaker of the West” because of his explorations of the Rocky Mountains. William Dayton was chosen as a vice-president nominee. Lincoln knew the Republican Party faced serious challenges as it lacked organization.

With the antislavery vote split, the Democrats won the presidential election and James Buchanan was elected the 15th President of the United States.

After the 1856 presidential elections, Lincoln kept a low political profile and returned to his law practice.