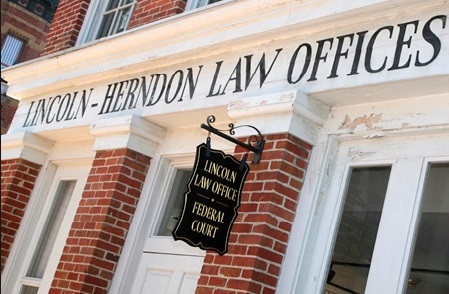 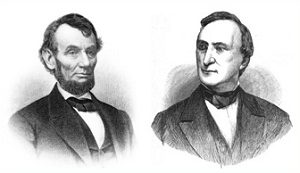 Stuart first met Lincoln while they both served in the Black Hawk War of 1832. Their partnership lasted from 1837 and 1841.

Abraham Lincoln was a self taught lawyer. In September 1836 he was admitted to the bar, allowing him to practice law in Illinois. In the spring of 1837 he moved to Springfield, a city of 1,500 residents, where John T. Stuart took him as a junior partner. “Stuart and Lincoln” was located at #4 Hoffman’s Row, also known as 5th Street. Stuart introduced Lincoln to his social circle and quickly made friends. Stuart was elected for a seat in the US House of Representatives and left Lincoln the majority of the firm’s business but keeping his share of profits. The firm was successfully run by Lincoln but his partnership with Stuart dissolved and entered a new partnership with Stephen T. Logan. 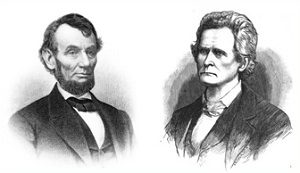 Logan introduced Lincoln to new areas of law, outside of smaller courts and smaller cases. Initially Lincoln traveled within the Eighth Judicial Circuit and later expanded his legal practice outside of the Eighth Circuit

On March 1st,1841 Stephen Logan and Abraham Lincoln started a partnership, “Logan and Lincoln”. Logan was a leading lawyer in Sangamon County, he was 9 years older than Lincoln. Lincoln learned from Logan by observing him and studying procedures and precedents. His mastery of law became evident in his frequent appearances before the Illinois Supreme Court in at least 300 cases. In “Logan and Lincoln” Abraham spent most of his time handling bankruptcies as the new Bankruptcy Act went into effect in 1842. The Act was designed to protect business affected by the depression by allowing them to declare bankruptcy if their debts were greater than their assets. The law was repealed in 1843. Business was flourishing and they expanded by moving to the second floor of the U.S. District Court where they had access to more clientele and especially to their law library. In 1844 Lincoln and Logan dissolved their partnership as Logan wanted to partner with his son. 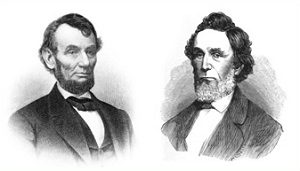 At the end of the Logan-Lincoln partnership in 1844, Lincoln asked William H. Herndon to join Lincoln as his junior partner.

Abraham approached William H. Herndon and in the fall of 1844 started a new partnership, “Lincoln and Herndon”. This time he was the senior partner and Herndon the junior one; however all the proceeds were equally split. They worked hard and traveled the Eight Judicial Circuit about 3 months annually. During the circuit he met many future political supporters and allies, he got to know thousands of Central Illinois voters by name.

In 1846 Lincoln was elected to the US Congress and took a two year leave from his law practice. At the end of his appointment in Congress Lincoln resumed his law practice with Herndon. He worked hard to reestablish his position as an attorney and in 1849 he was allowed to practice before the US Supreme Court. His law practice continued in the circuit courts conducting most of his business in the Sangamon County Courts and in the Eighth Judicial District. During this period he handled hundreds of cases, specially railroad cases. He was well known for his honesty, people called him “Honest Old Abe”.