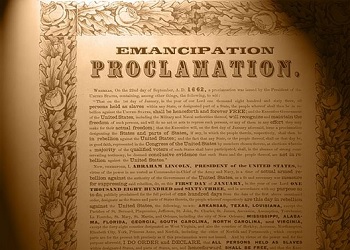 Emancipation on grounds of military policy not on principle

It was Benjamin Franklin in 1790 who first addressed Congress in his famous “Petition from the Pennsylvania Society for the Abolition of Slavery” to provide the means to abolish the institution of slavery on grounds of principle. His petition was not welcome, specially from congressmen from the southern states. A committee was assigned and concluded that Congress was restrained under the 1787 Constitution to end slavery and its trade. 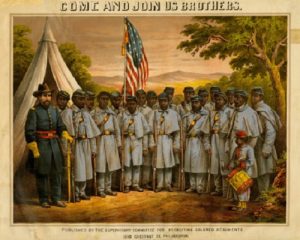 Recruitment poster used in 1863 to attract black soldiers to join the Union Army.

Abraham Lincoln did not consider the Civil War as the struggle to free slaves but as a struggle to keep the Union together. In May 1862 Lincoln began to think of emancipation on the grounds of policy rather than principle, emancipation came as a military policy.

As the Union conquered more Confederate territory, slaves were set free and joined the ranks of the Union Army. The government did not have a plan or clear policy on how to deal with the influx of men. As the war was dragging longer than expected voluntary recruitment started to diminish and conscription was unpopular, man power was badly needed. These newly freed slaves were willing to fight and provided the necessary force to suppress rebellion in the South. As Union forces took control of Confederate areas, slaves were immediately freed. The Proclamation provided the legal framework to set them free and allowed suitable freedmen to join the U.S. armed forces.

The President called a group of African American leaders which included Frederick Douglass to discuss the inclusion of African Americans in the Union Army. Black troops slowly grew in importance. More than 180,000 who served showed heroism in battle.

Emancipation did not free all slaves 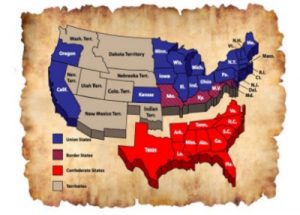 In March the President informed Congress that he would on January 1, 1863 emancipate all slaves in rebellious states. On September 22, 1862, after the Union’s victory at Antietam, Abraham Lincoln issued a preliminary decree, stating that unless rebellious states returned to the Union by January 1st, slaves would be granted freedom.

By the end of the year none of the Confederacy states had returned to the Union. President Lincoln signed the Emancipation Proclamation on January 1st, 1863 giving freedom to about 3 million slaves in 10 rebellious states. 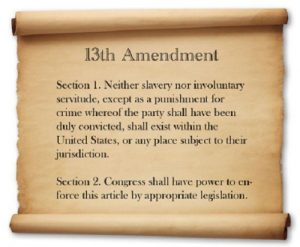 The 13th Amendment was passed by the Senate on April 8, 1864, and by the House on January 31, 1865. It was the first of the three Reconstruction Amendments adopted following the American Civil War.

Even as Lincoln issued the Emancipation Proclamation he had not changed his position on the constitutionality of slavery where it already existed. The constitution did not explicitly mentioned the word “slavery” but there were clauses protecting it such as the three fifth clause. This clause allowed states to count slaves for the purpose of representation in government.

The Emancipation Proclamation was justified as a war measure necessary to defeat the Confederation. President Lincoln had the constitutional authority as commander in chief of the armed forces without the approval of congress to issue the Proclamation. In his second term he was a firm advocate of the Thirteenth Amendment which was issued after his death and abolished slavery in the country.

Article I, Section. 2  – Slaves count as 3/5 persons for the purpose of representation in the government.

Representatives and direct Taxes shall be apportioned among the several States which may be included within this Union, according to their respective Numbers, which shall be determined by adding to the whole Number of free Persons, including those bound to Service for a Term of Years, and excluding Indians not taxed, three fifths of all other Persons (i.e., slaves).

The Migration or Importation of such Persons as any of the States now existing shall think proper to admit, shall not be prohibited by the Congress prior to the Year one thousand eight hundred and eight, but a Tax or duty may be imposed on such Importation, not exceeding ten dollars for each Person.

Efficacy of the Proclamation 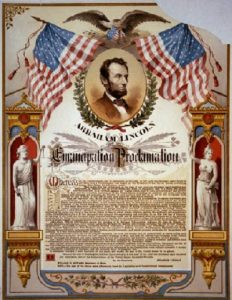 Lincoln had continuous doubts about the efficacy of the decree. Proclaiming slaves free did not make them free, he had to plan a transition from slavery to freedom. The main objection to emancipation was the belief that blacks and whites could not live together.

The Proclamation threatened to break up Republicans and Democrats. The Army was on the edge of mutiny and the president’s leadership threatened like never before. In every major city in the North people were celebrating while in the South they had another reason to fight for the independence of the Confederacy.

The Emancipation Proclamation marked a turning point in the evolution of Lincoln’s view of slavery. It was also a critical moment in the fate of some 180,000 African Americans who joined the Union Army and Navy which paved their road to citizenship and the 13th Amendment which freed all slaves in the United States.