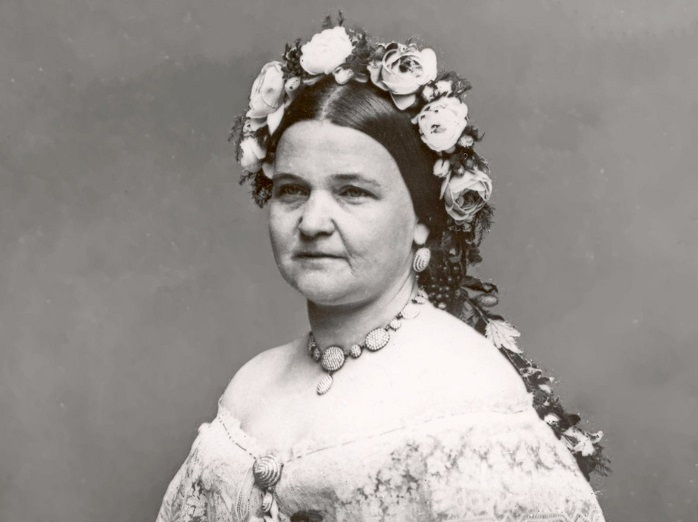 Before Lincoln married Mary Todd, he dated two other women, Ann Rutledge and Mary Owens.
In 1835 Abraham became involved with Ann Rutledge but she died of typhoid on August 25, 1835. Her death devastated the future president who fell into a deep depression.

About a year after Ann’s death Abraham began courting Mary Owens who reciprocated his interest. In 1837 he moved to Springfield to serve in his first term in the Illinois legislature and slowly changed his mind about the prospect of marrying her. Reality on his financial situation hit him, his inability to support himself let alone a wife and children let to the breakup of the relationship. 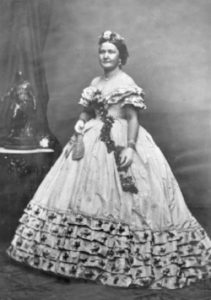 A portrait of Mary Todd Lincoln 1861. Source: Library of Congress.

Mary Todd was born in Lexington, Kentucky. Her parents were Robert Smith Todd and Elizabeth Parker. Her father was a banker and a slaveholder. Mary’s mother died when she was six years old and his father remarried two years later. Mary was well educated and grew up in an affluent society. She spoke fluent French, studied literature, dance and drama. She was well read and had an interest in politics, like her family she was a Whig.

Mary had a difficult relationship with her step mother and moved with her sister, Elizabeth, who lived in Springfield, Illinois. Elizabeth was married to Ninian Edwards.  The Edwards were an influential Whig family in Springfield. Mary was considered popular among the young men in Springfield and was courted by aspiring lawyers and politicians. She was smart, educated, witty, and graceful and a great conversationalist.

Lincoln became friends with Ninian and Elizabeth Edward who owned a luxurious mansion. They usually had Sunday parties where the best educated society of Springfield gathered. Here he met Mary Todd. By 1840 they announced their engagement. Yet again, Lincoln was filled with doubts of the same kind as with Mary Owens, how could he support a wife accustomed to luxury? Even though he loved her, he broke the engagement. 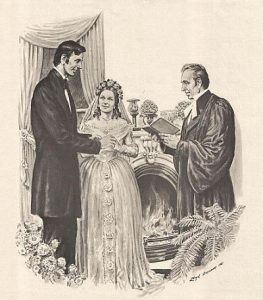 Through mutual friends they were reunited and married on November 4, 1842. She was 23 and he was 33. The wedding ceremony was presided by Episcopal minister Charles Dresser.

Mary and Abraham were very different. Mary was talkative, sociable and liked attention. Abraham was slow, moody and enjoyed a silent room. Mary was accustomed to luxury until her marriage. The newlyweds rented a room in the Globe Tavern on Adams Street where they paid $4 a week. Mary was used to spacious and luxurious accommodation but never complained about her discomfort. Pregnancy came immediately after their marriage and on August 1, 1843 the Lincolns first child was born, they named him Robert Todd Lincoln after Mary’s father. With the arrival of a child the couple moved to a rental house on South Street, they could not afford a house of their own with Abraham’s salary as a lawyer. By 1844 with the help of Mary’s father they were able to buy a small house located on Eight and Jackson Street. The house belonged to Minister Charles Dresser, the minister who officiated their wedding.

In 1846 Mary and Abraham had their second child, Edward. The budget of the household was limited and could not hire a maid. Mary had to cook, clean the house, take care of 2 children and saw her own clothes and her children’s. Lincoln had his suits made by the local tailor, Benjamin R. Biddle. Mary, who had a great disposition, developed bad temper as the result of exhaustion and a change of lifestyle. In addition her husband was immersed in his job when not out of town for business.

All inconveniences aside, husband and wife were devoted to each other. She was immensely supportive and proud of him as Abraham was of Mary.

Mary and Abraham had four sons: Robert, Edward (Eddie), William (Willie) and Thomas (Tad). The only one to survive to adulthood was their older son Robert.