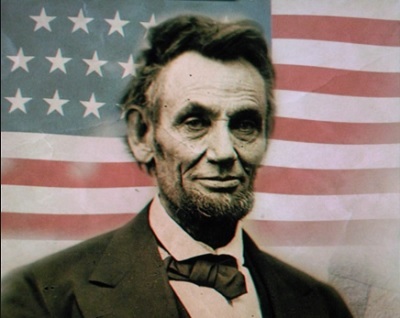 BY THE PRESIDENT OF THE UNITED STATES

Whereas the laws of the United States have been for some time past, and now are opposed, and the execution thereof obstructed, in the States of South Carolina, Georgia, Alabama, Florida, Mississippi, Louisiana and Texas, by combinations too powerful to be suppressed by the ordinary course of judicial proceedings, or by the powers vested in the Marshals by law,

Now therefore, I, Abraham Lincoln, President of the United States, in virtue of the power in me vested by the Constitution, and the laws, have thought fit to call forth, and hereby do call forth, the militia of the several States of the Union, to the aggregate number of seventy-five thousand, in order to suppress said combinations, and to cause the laws to be duly executed. The details, for this object, will be immediately communicated to the State authorities through the War Department.

I appeal to all loyal citizens to favor, facilitate and aid this effort to maintain the honor, the integrity, and the existence of our National Union, and the perpetuity of popular government; and to redress wrongs already long enough endured.

I deem it proper to say that the first service assigned to the forces hereby called forth will probably be to re-possess the forts, places, and property which have been seized from the Union; and in every event, the utmost care will be observed, consistently with the objects aforesaid, to avoid any devastation, any destruction of, or interference with, property, or any disturbance of peaceful citizens in any part of the country.

And I hereby command the persons composing the combinations aforesaid to disperse, and retire peaceably to their respective abodes within twenty days from this date.

Deeming that the present condition of public affairs presents an extraordinary occasion, I do hereby, in virtue of the power in me vested by the Constitution, convene both Houses of Congress. Senators and Representatives are therefore summoned to assemble at their respective chambers, at 12 o’clock, noon, on Thursday, the fourth day of July, next, then and there to consider and determine, such measures, as, in their wisdom, the public safety, and interest may seem to demand.

In Witness Whereof I have hereunto set my hand, and caused the Seal of the United States to be affixed.

Done at the city of Washington this fifteenth day of April in the year of our Lord One thousand, Eight hundred and Sixtyone, and of the Independence the United States the Eightyfifth.